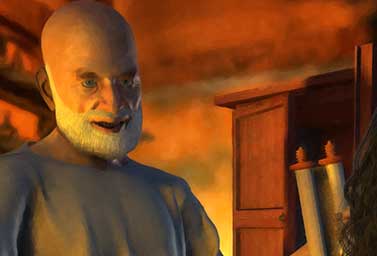 He's another foreigner I like. Greek, he is. From some place called Corinth, I think. He's the only one who can make my back feel better. He does it with little bronze cups. He puts a piece of flaming lint in the cup and then claps it on my back. No, it doesn't hurt. The little flame goes out and it kind of sucks your flesh. Sucks out all the bad humours. That's what Sosipater says. Anyhow, it usually does the trick. Takes away the pain for a few days, even weeks.

You should pay him a visit! He lives near the baths.